are known to a percent level uncertainty. A key objective in flavour physics is to measure these quantities experimentally to the same level of precision since they are particularly sensitive to beyond the Standard Model theories with flavour-dependent couplings such as an extended Higgs sector or leptoquarks. 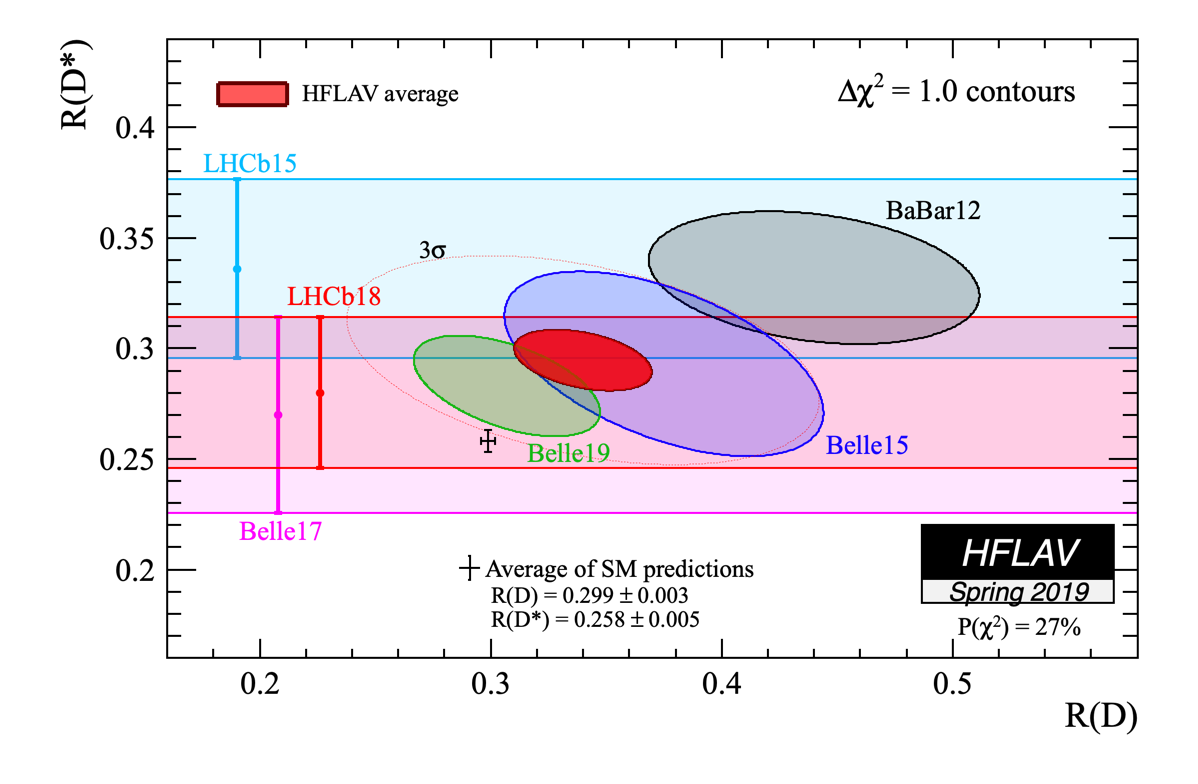 Measurements of  \(\mathcal{R}(D) \) and  \(\mathcal{R}(D^*) \) performed at Belle, BaBar, and LHCb have produced results that are in tension with the Standard Model to up to 4\(\sigma\). The plot above shows these various measurements along with their average and the average of Standard Model predictions. These experimental results show consistency across different experimental apparatus and analysis techniques, including different final states, but the average shows a tension with the Standard Model of over 3\(\sigma\).

I am analysing the angular structure of the  \(B^0 \rightarrow D^{*-} \tau^+ \nu_\tau\) decay, using angular observables to search for New Physics contributions to their values. This will add another data point to the plot above but will be introducing the measurement of 12 angular coefficients, previously unmeasured for this decay.

This decay is particularly challenging to select as it has very high track multiplicities which result in large combinatorial backgrounds. Also, the lepton flight results in similar topologies to events of the type  \(B^0 \rightarrow D^{*-} D_s (X)\), where \(X\) includes one or more particles produced in the decay that may not be reconstructed. These events are a significant background to the analysis. Since neutrinos are produced in both the tau production and decay, the tau and B momentum are not fully reconstructed. To reduce these backgrounds, multivariate analysis is used to separate the signal from the background.