A classical nova is a type of explosive event in our Galaxy.  When a nova erupts, its brightness can increase by several orders of magnitude and can transform an undetectable star into an object that can be seen by the naked eye.   This huge increase in brightness happens when matter is ripped away from one star onto the hard surface of a companion star, a compact object known as a white dwarf.   The matter accreted onto the white dwarf becomes extremely hot and dense, providing the right conditions to synthesize heavier elements, a process known as thermonuclear runaway.

The Global Jet Watch reported in early 2021 the initial discovery of jets in a classical nova that had erupted during the pandemic lockdown of 2020 and was subsequently followed intensively with time-lapse spectroscopy with the Global Jet Watch in the days, weeks and months that followed.

In a second paper published by the Royal Astronomical Society in mid-2021, we have demonstrated that the exact same behaviour is exhibited by four out of four classical novae that the Global Jet Watch has been monitoring. This collection of four eruptions includes different types of classical novae (including one hybrid type) suggesting that jets are a likely outcome for the classical nova phenomenon in general. 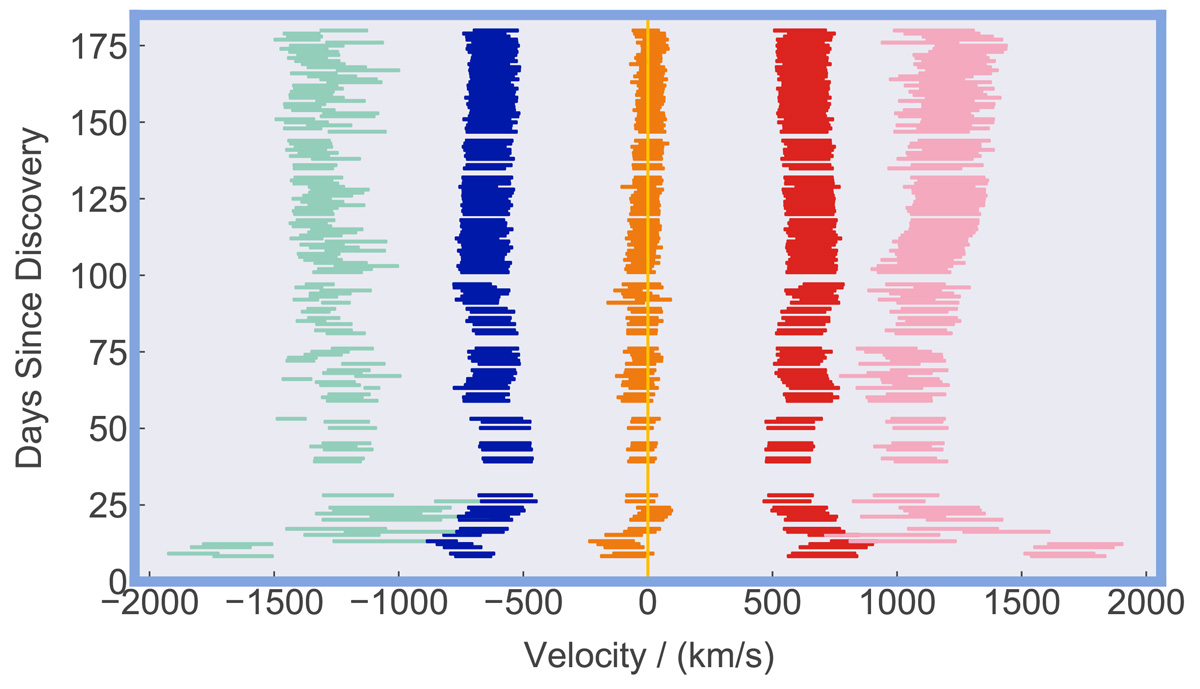