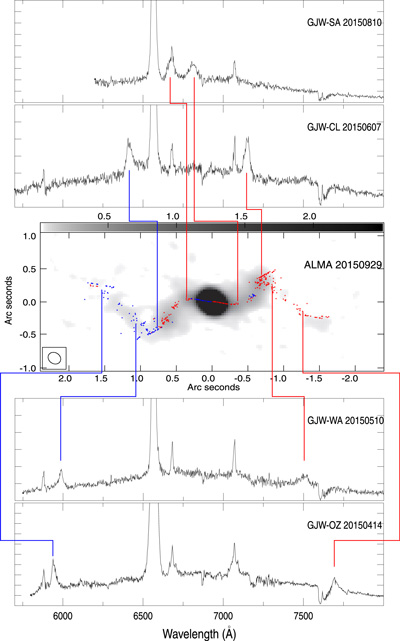 The jets of the famous micro-quasar SS433 are line-emitting at launch then give rise to synchrotron radiation.  A single optical spectrum of SS433 gives us the velocity vector at launch of the jet plasma.  We used many successive spectra from over a year from the Global Jet Watch telescopes and from the launch speeds and angles of successive jet ejecta, made a prediction of the appearance of its jets on the sky shown as red and blue dots on the adjacent image.  The greyscale shows synchrotron radiation we observed at sub-mm wavelengths with the ALMA telescope.