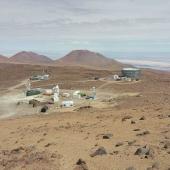 Oxford role in search for origins of Universe 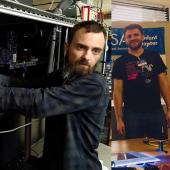 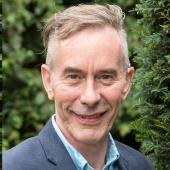 We build the instruments which allow us to extend our vision to the very large or very small. This work enables the collection of data that is needed push out the frontiers of physics, but it also harnesses the whole range of established physics and exploits state-of-the-art technologies and fabrication methods to develop tools for applications that are often relevant beyond the immediate interest of the physics community. Many of our projects thrive on close interaction with industry, and some of the solutions we are developing are taken over and commercialised by our industrial partners.

Atomic clocks are used to define the primary standards for time keeping in national labs and systems of compact local clocks are installed to provide a back-up and resilience in the case of the breakdown of communications networks, eg via satellites. Led by Chris Foot, we have developed high-flux sources of laser-cooled atoms for precision measurements, including atomic clocks and interferometers. These are also used in fundamental research on ultracold quantum matter. A project on atom interferometry [] with laser-cooled strontium will demonstrate and further develop technology for dark-matter searches and gravitational-wave detection.

The Oxford Physics Microstructure Detector (OPMD) laboratory designs and builds silicon sensors for particle physics, photon science and astronomy applications. Led by Richard Plackett, we perform research into new sensor designs, and build sensor arrays for upcoming projects. Currently we are building large-scale systems for the upgrade of the pixel detector of the ATLAS experiment, and the outer pixel system for the Mu3e experiement. We are optimising the performance of CCDs for the LSST telescope and working on developing new detectors in based on Low Gain Avalanche Device (LGAD) and Depleted Monolithic Active Pixel Sensor (DMAPS) technologies. We are also members of the Medipix4 collaboration and are working to make these detectors available to other groups in the university.

Led by Georg Viehhauser, we are developing and building support structures for tracking detectors in particle physics experiments, like for example the ATLAS experiment at CERN. In these experiments, the performance of the tracking detector depends critically on the minimisation of materials other than the active sensor material; at the same time, the supports must be very stiff to achieve high structural stability at the µm level. To satisfy both goals we employ ultra-high modulus carbon fibre structures. We also develop the instrumentation necessary for the optimisation and verification of the structural performance of these structures, and we develop methods to integrate services like electrical and optical links, and cooling into the support structure.

The Oxford LHCb group, led by Neville Harnew, was responsible for the design, construction and installation of critical parts for the upgrade of the LHCb detector at CERN (Ring-Imaging Cherenkov detector (RICH-1) and Vertex Locator (VELO)). Oxford is also the lead institute in developing the TORCH (Time Of internally Reflected CHerenkov light) detector, which is a novel time-of-flight (ToF) detector for LHCb Upgrade II. The Oxford group developed the full readout system for the 8x64 channel MCP-PMTs, for which a ToF resolution close to the design specification of 70 ps per photon has been achieved.

MASSIF is short for Metrology At Selected Science/Industry Interfaces. Led by Armin Reichold, we work on selected world leading scientific projects from the accelerator, astro and particle physics fields and approach their extremely challenging metrology problems by developing commercially viable instruments based on interferometry that can achieve absolute distance measurements with sub-µm precision. Our work is in close collaboration with both the relevant scientists to find an optimal solution for the science problem and with our industrial partners to ensure that the instruments we develop and they build achieve the biggest possible impact also in industrial applications.

The astrophysics instrumentation group has been at the forefront in the design and development of facility class astronomical spectrographs at large ground-based telescopes at visible and near-infrared wavelengths (eg ESO-VLT, WHT). Niranjan Thatte and his colleagues lead the international consortium building HARMONI – the first light, adaptive optics assisted, visible and near-infrared integral field spectrograph for the world’s largest telescope – the European Southern Observatory’s Extremely Large Telescope (ESO’s ELT). Gavin Dalton and his group lead the development of WEAVE – a robotic fibre-positioner based multi object spectrograph currently being commissioned at the William Herschel Telescope (WHT).

Led by Angela Taylor, we design, build and then use novel instruments and telescopes to answer fundamental questions in cosmology and astrophysics that cannot be addressed with existing common-user facilities. Many of the underlying science goals are based in cosmology – the cosmic microwave background (CMB), and the history of structure formation in the universe. Our research programme requires the development of techniques in very high-sensitivity radio measurements, design of antennas, cryogenic receivers, broadband signal-processing systems both analogue and digital, and processing and analysis of the output data. Key projects that we are currently involved in include the C-Band All-Sky Survey (C-BASS) and the Square Kilometer Array (SKA).