Very high-energy (VHE) gamma-ray astrophysics is an exciting field spanning fundamental physics and extreme astrophysical processes. Gamma rays with energies up to hundreds of TeV provide conditions that cannot be created in the laboratory. Our science goals include:

At Oxford we are involved in three major international experiments, where we detect the Cherenkov light emitted when VHE gamma rays from space hit the Earth’s atmosphere. We use optical telescopes on the ground fitted with high-speed detectors similar to those used by the Large Hadron Collider, and also water-filled Cherenkov detectors at high-altitude sites. The High Energy Stereoscopic System (H.E.S.S.) consists of five telescopes in the Khomas Highlands of Namibia, one of the darkest sites for astronomy in the world. H.E.S.S. is at present the world’s largest gamma-ray observatory. The international Cherenkov Telescope Array (CTA) is the next-generation ground-based observatory, which has just commenced construction. It will have two arrays, totalling one hundred telescopes. One array is in the Northern Hemisphere, on La Palma in the Canary Islands, and one in the Southern Hemisphere, at Cerro Paranal in Chile. Then at the very highest photon energies, the proposed Southern Wide-Field Gamma-ray Observatory (SWGO) will have water Cherenkov detectors at an extremely-high-altitude site in the Andes. 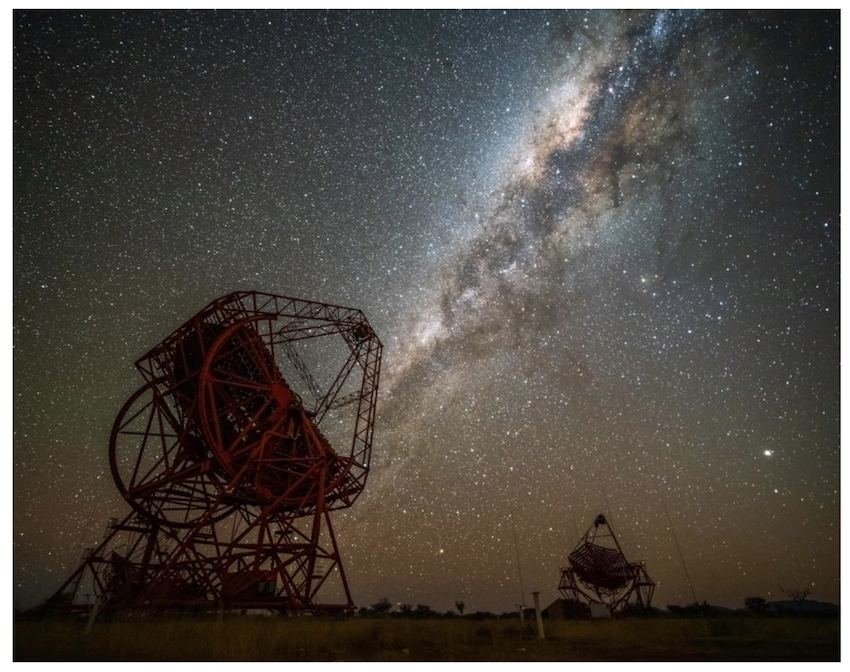 There are openings for projects in instrumentation, data analysis, observation and theory.  On the theoretical/observational side of the programme, recently we have developed new theoretical models for the broad-spectrum emission from steady-state jets that let us use the gamma-ray observations and those at other wavelengths to investigate the physical properties of the jet and the black hole at its base. We now propose to extend these models to look in particular at the entrainment of heavy particles as the jets propagate through their host galaxy, and the resulting possibility of hadronic particle processes within the jets. We will investigate the physical conditions that lead to flaring and the presence, and extent, of emission from hadronic processes.

All students will have the opportunity to gain observing experience on shifts at the H.E.S.S. site and for extended research attachments with partner institutions in H.E.S.S. and CTA, in Namibia and Europe. Opportunities are also available to participate in our projects on education, outreach and socio/economic capacity building in Namibia.

A PDF poster for the 2021 Virtual Open Day can be found here.

Collimated relativistic outflows, or jets, represent the primary channel by which black holes feed back kinetic energy to their environments. These jets, while they are observed to arise from complex general relativistic MHD simulations, are not well understood, and in particular it is only via careful observations and modelling thereof that we can really estimate their energy budget. This, in turn, is the only way to really understand the flow of energy around black holes and how well we can calibrate black hole ‘feedback’, which, on the largest scales is thought to affect the evolution of galaxies over cosmological time.

Our group are the world leaders in observations of such jets from stellar-mass black holes within our galaxy, and these data are the best studies of the dynamic propagation of relativistic jets from black holes on any scale. In particular we use cutting edge radio telescope arrays such as MeerKAT in South Africa, a facility on which we have guaranteed observing time and lead the world in imaging techniques.

As an example the figure below shows MeerKAT observations of large scale, relativistic ejecta from a black hole over a period of half a year in 2018-19. We were able to perform analyses on these data that showed the energy content to be much higher than previously suspected, and to observe conversion of initial kinetic energy to in-situ particle acceleration as the ejecta decelerated.

However, while the subject is rich in data, it is poor in models. Much can be learned from other fields, such as the study of gamma-ray bursts (GRBs), in which theoretical interpretations far outstrip the ability of the data to test them. We propose to apply and test models of relativistic blast waves to our observations of jets from stellar-mass black holes, both using analytical forms derived for GRBs, and via direct numerical simulations.

This project involves an approximately equal balance between acquisition and analysis of astronomical observations, and testing, application and evolution of relativistic blast wave models and numerical modelling. Strong computing, modelling and communication skills are desirable, but motivation and energy are the key prerequisites.

Understanding the population of radio pulsars

Project description: Using pulsars for experiments in fundamental physics relies more and more on our understanding of the objects themselves. What are their orientations in space? What is the origin of their radio emission and how does it relate to the rotating star? Modern surveys with the MeerKAT telescope in South Africa will provide the data for measurements of radio emission also at multiple epochs, providing an additional axis to separate those effects that are intrinsic to the star from those related to propagation of the radiation through the intervening media. The student will work within an international collaboration (www.meertime.org) to explore the characteristics of a large population of pulsars, monitored through the so-called Thousand Pulsar Array. Results from this project directly feed into our understanding of the cold and dense nuclear matter in neutron star interiors, the plasma physics processes the occur in pulsar magnetospheres, the properties of the ionized and magnetized interstellar medium, the birth and evolution of neutron stars, and interpretation of the neutron star population in the context of modern results in gravitational wave astrophysics.

Machine Learning for Serendipitous Discovery with the Vera Rubin Observatory

There is a long tradition of large astronomical surveys leading to the discovery of novel classes of object, so we should expect the large datasets produced by the upcoming Vera Rubin Observatory to be no different. There is therefore an urgent need to develop automated methods capable of identifying unusual, interesting objects in TB-scale datasets. This project brings together advanced machine learning - particularly the use of generative networks and similar methods as anomaly detectors - with citizen science projects on the Oxford-led Zooniverse platform capable of providing rapid review of the results to solve this general problem. We will use data from deep galaxy surveys, from optical and radio transient surveys, NASA's TESS surveys and more to develop prototype projects ready for the beginning of the LSST survey. It would suit a student with a broad interest in observational topics, and a strong desire to understand modern machine learning techniques. It builds on existing work with the Galaxy Zoo projects, collaborations with colleagues in South Africa and the US, and with Yarin Gal's group in computer science. 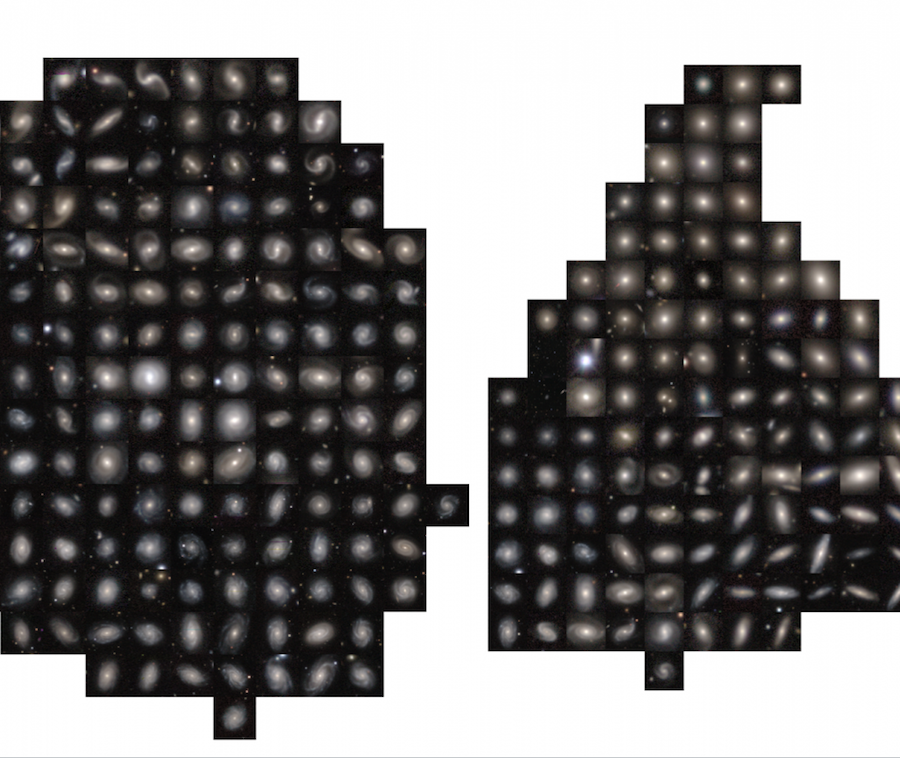